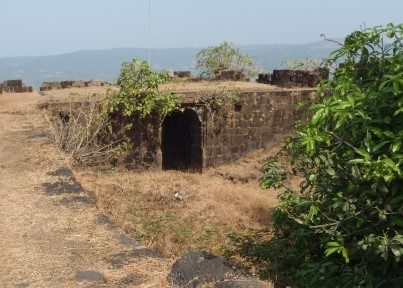 Further ahead from Velas Beach, a short walk and one reaches the Bankot fort. Bankot fort now doesn’t have any source of potable water and it is best to carry your stock of water on visit. There is a well trodden cart track leading to the Bankot fort from the village within 30 minutes. Near the entrance there is a Gajanan Temple and a dry well. 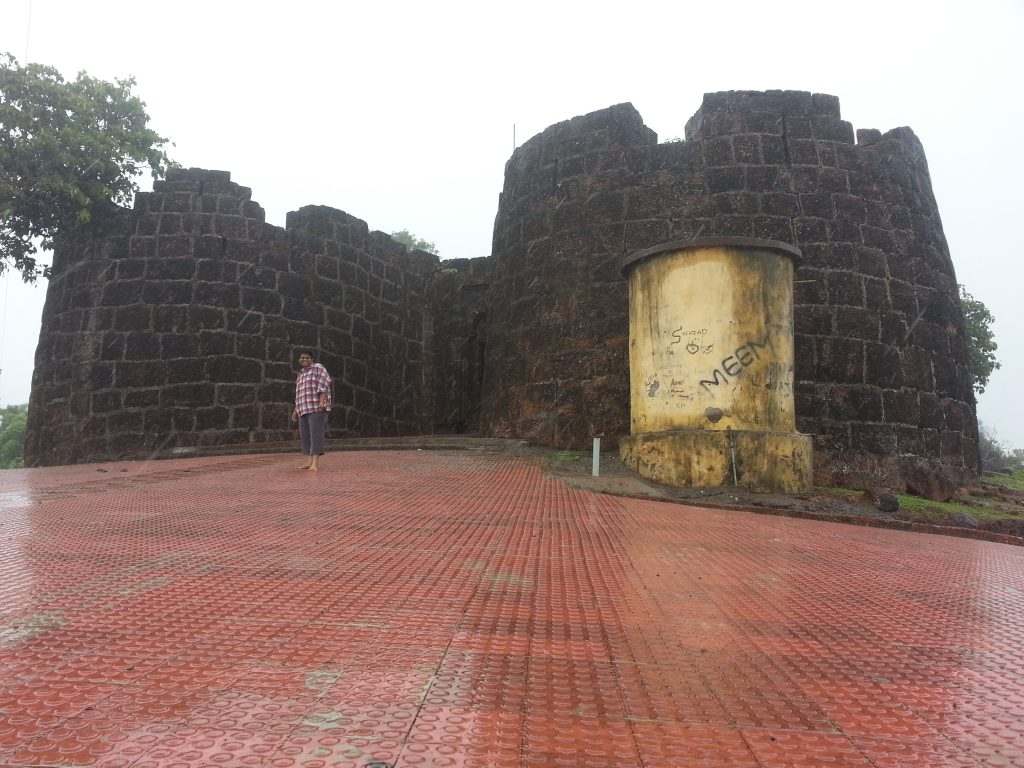 Bankot is a square shaped fort. On the sides of Bankot fort, there is a dry moat (Revni) dug out in the Jambha stone. Jambha stone is peculiar type of stone adorning a purple shade and peculiarly it is incapable of storing water as the water invariable percolates through it owing to its much porous nature.

The main entrance (Mahadarwaja) of the fort is north-facing with a well sculpted arch and carvings. Watch guards dug out (Devdya) align on both sides of the Mahadarwaja with some pits being dug out in the right Devdi. On the left, there are steps leading towards Nagarkhana while there is an underground storey and a tunnel on the right. A Maruti idol in the centre stands deserted now. On the west, there is a small entrance (Darwaja) leading to a Bastion on the exterior of the fortifications. A deep well (now dry and filled) occupied the centre of this bastion earlier and the adjacent water tanks too are dry and obsolete now. One can leave the Buruj via a small exit that leads to the surrounding moat and a beautiful “Revni” lying nearby. 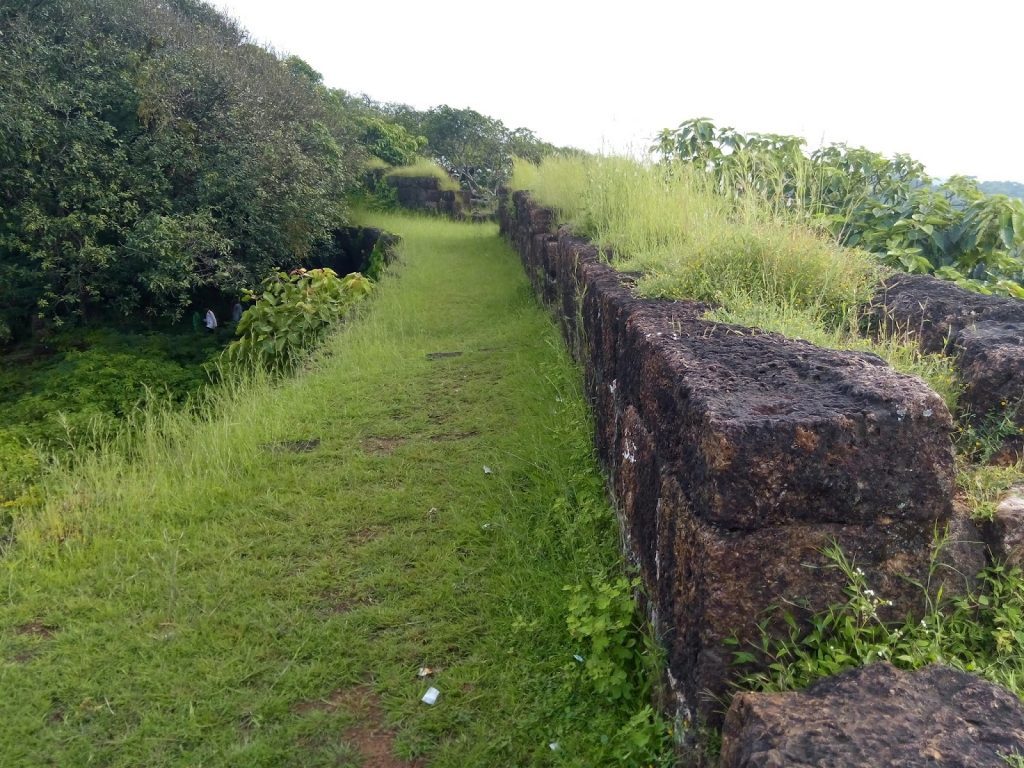 Bankot fort has an interesting connection with Sir Arthur Mallet of the Arthur seat point fame at Mahabaleshwar. On a marine expedition that he undertook from Mumbai to Mahabaleshwar via Bankot in His wife Ms. Sophia and his young daughter Elena drowned in the Savitri river creek near Bankot. Their graves, marked by a platform and vertical pillars with marble inscriptions are near this fort and can be seen just as one exits the bastion. However, these are in ruins now. Post this tragic event. Sir Arthur Mallet would often spend his time recollecting the memories of his wife and daughter sitting at the edge of the Savitri river valley atop Mahabaleshwar. This point gradually became famous and is now known as Arthur’s seat point. 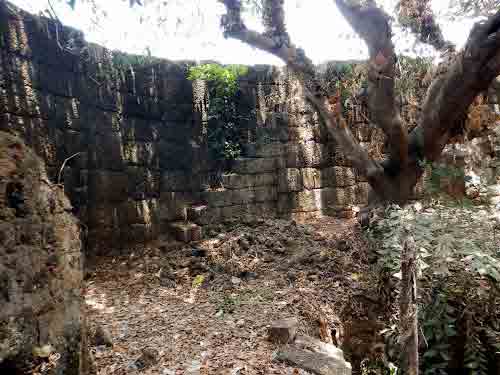 A brief history about the fort: Although a consistent history about Bankot fort is still eluding us and the origin of this fort is still speculative, a brief history can still be traced about this fort. There is a mention of this fort being called as Man Gor or Mandargiri in the 1st century A.D. The fort was known to be under the control of Adilshahi and later in 1548, the Portuguese took control over it. Later, Marathas, under the able leadership of the great Kanhoji Angre took control over Bankot. They rechristened the fort as Himmatgad.

A misunderstanding between Tulaji Angre, who over took the charge of Himmatgad after Kanhoji’s death, and the Peshwas led to the latter seeking help of the British army to gain control over Himmatgad. It is around the same time that the joint forces of Peshwa and British also charged over Suvarnadurga which was a stronghold of the Angre’s. After gaining control of Himmatgad, the British renamed it as Fort Victoria.

However, the British motive of seeing Bankot emerge as a profitable and major business port did not realize and owing to the same they handed the fort back to the Peshwas.

Nothing much of significance ever took place on Bankot and neither does it bear witness to any epoch making battle or strategies in the history. Maybe owing to this, the fort is now standing in seclusion. Also lack of awareness about it see Bankot hidden somewhere in the shadows of Harihareshwar, Shreevardhan, Mandangad, Dapoli and other such more popular tourist destinations.